You are here: Home/Blog/Breed Information/All About The Cavalier King Charles Spaniel

All About The Cavalier King Charles Spaniel

The cavalier king charles spaniel (CKCS) is an endearing breed of dog that is beloved by his owners.   He is a small fearless pooch, recognized for his darling round-eyed facial expression, and loveable personality.  His affection, devotion, playful and social nature make him a wonderful companion for families, an individual, and seniors.

The cavalier king charles spaniel has existed since at least the 16th century and is a descendant of toy spaniels.  Before and during the time of King Charles II reign, these spaniels were extremely popular among English royals in the court.  The King himself, for whom the dogs are named, was frequently seen with many of these canines wherever he went.  Although the cavaliers we know today look slightly different than the original breed, they still maintain similar attributes such as their friendly and affectionate personality, their good-humored nature, and charming appearance.

Some fast facts about the cavalier king charles spaniel include:

A cavalier king charles spaniel is a wonderful addition to any family, and is ideal for first time dog owners.  His pleasant temperament, loving disposition, and doe-eyed look, have charmed people for centuries, and continues to do so. 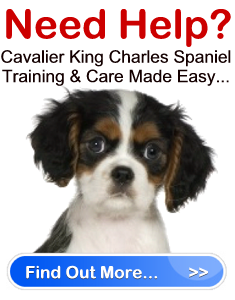